Greta Van Fleet is a bluesy rock band from Frankenmuth, Michigan, and over the past year they have exploded in popularity. What’s the key to their momentum? Well, many believe they sound like a new Led Zeppelin. 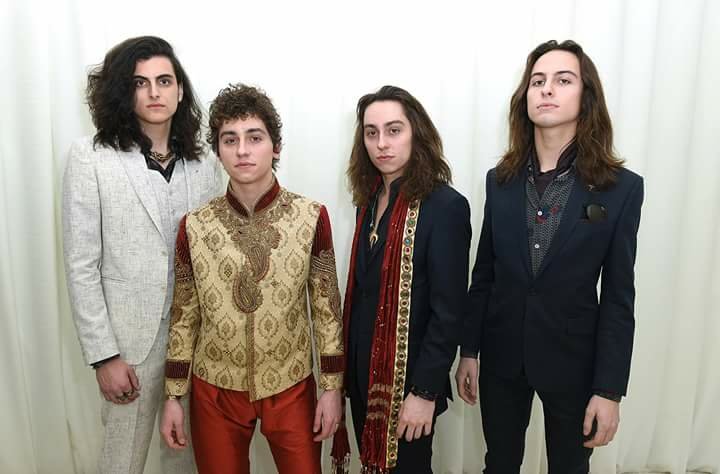 The band was formed by three brothers, Josh, Jake and Sam Kiszka and their friend Danny Wagner. They all grew up listening to Led Zeppelin, Jimi Hendrix, and Eric Clapton among many other classic bands.

Lead singer, Josh Kiszka’s vocals sound nearly identical to Robert Plant, leaving some to say they are nothing but a knockoff, however, Rush was also considered a copy of zeppelin when they came on the scene.

Personally I find they’re sound to be very refreshing in this era of mumble rap and bubble gum pop non-sense. I’ve only discovered them in the past week and i’ve listened to their double EP, From the Fires, at least 30 times and I’ll probably listen to it another 30 times before the week is through.

Josh and Jake Kiszka are twins and seem to be the driving force behind the band’s success. Josh’s vocals are so powerful and full of passion and soul. Jake’s riffs really give the music that classic feel from the days of guitar heroes being worshipped like mystical beings. That kid can really wail.

The lyrics are another important factor in their popularity. It’s really nice to hear music that doesn’t just try to appeal to the most people possible, they really put some thought into their song writing, not just catchy choruses (i’m lookin’ at you lil Pump; gucci gang gucci gang gucci gang).

Some critics, like Anthony Fantano (aka the internet’s busiest Music Nerd), have said Greta Van Fleet is too close to the sound of Led Zeppelin for them to truly enjoy it, but it’s important to remember that they are still a young band finding their place in the music industry and developing their own sound.

They’re on their way to greatness, and if their only problem is sounding to much like the greatest band to ever exist, then I think they’ll be okay.

You can find Greta Van Fleet’s double EP, From the fires, on Spotify.